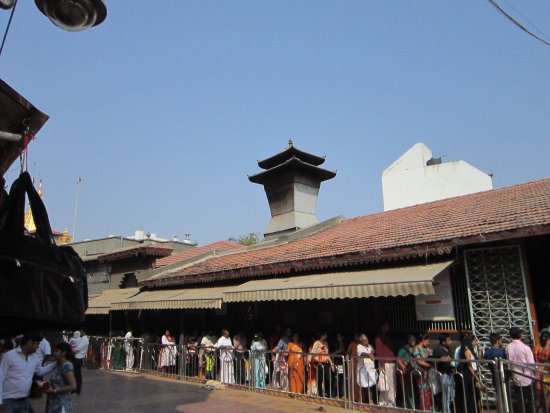 The unadorned structure of Dwarkamai Masjid may astonish you and leave in a state of dilemma in the beginning. However, on intruding deep into it you will actually be left to believe that it is one of those spiritual shelters from where spiritual teachings and instructions flowed forth and numerous miracles happened to several bereaved and hapless individuals. The mosque is dedicated to Sai Baba, a well- known Fakir who has spent maximum time of his life over here.

Sai Baba’s brilliant idea of joining Hindu and Islamic teams together by projecting the mosque as a place of worship at the hub of Hindu pilgrimage site is being duly respected by millions of devotees even in today’s time. Even today the mosque takes pride in welcoming people from all walks of life and from various castes, creeds, communities, sects, and religions. Certain features of Dwarkamai Masjid that distinguishes it from any other religious sites are:

Dwarkamai is a treasure of Shirdi that invites people at any point of time in their lives and under any circumstances, they are in. Its holiness can’t be measured and its popularity can’t be restricted. Those in pain and grief, if visited Dwarkamai Masjid, is believed to come out of agony and live peacefully.

Want to join the discussion?
Feel free to contribute!